One of the things that always attracts me to Jason Wu is knowing that the clothes will be almost perfectly rendered and will befit a runway presentation. This season was no different. As always, the clothes are beautifully made and actually look like they have been fitted to a model!!

The color palette, as Spring usually dictates, is pale without being washed out. With the exception of a few shots of royal blue and black, it remained on the pale side. One of the design flourishes that I did take umbrage with is the dropped funnel neck. The neckline never looks right and is equally hard to pull off in real life. Mr. Wu has played his sensuous card much more in recent times, but the various versions of sheer are really getting a bit tired and for a designer such as himself, a bit de trop. His sportier pieces actually look as if people will wear them.

In general, I might say there are allusions to YSL, Gaultier and even to Kors, the latter being rather unfortunate for Mr. Wu. Being very partial to his tailoring, he did not disappoint even though the silhouette is a bit more relaxed and the shoulder line is not as pronounced… they always look crisp! The tuxedo jumpsuit was attractive as was the sleeveless suit, which is sort of an uncertain statement, however, still looked very good on the runway. Keep in mind that Mr. Wu, much like his references, is not a trend designer which is much to his credit.

Without question, the white bias slip dress gown is a showstopper even if it does require the perfect body. One might have wished for more in that vein rather than all the sheer-all-over embroidered pieces. The overall collection was slick, but not as slick as he has produced in the past. All in all, this was a definite like and there were some true standout highlights, but this was no roaring, screamingly fabulous collection. Spring is rarely the season to get crazy with as the selling season, especially nowadays, is over way before one ever gets to wear it.

Wu is an evolutionary designer who continues to exhibit, I think, what will be! He is rarely neither boring nor controversial, but he is always speaking to his customers via his collections. He does do his best to offer a well-rounded categorized collection, which is so rare these days. | Jeffrey Felner 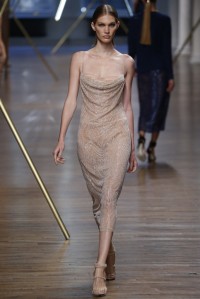 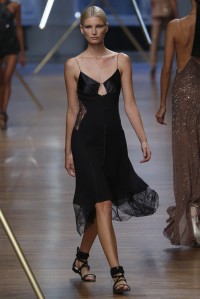 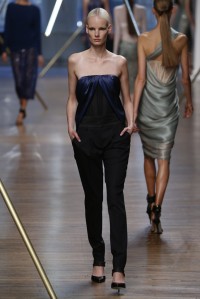 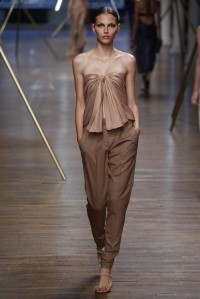 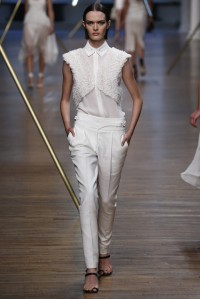 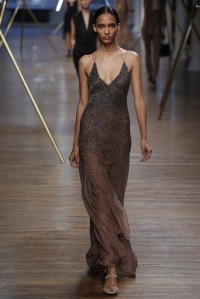 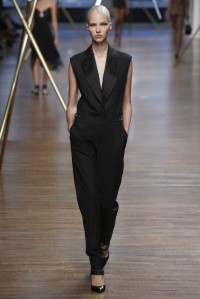 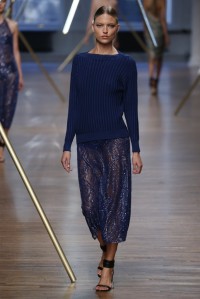