Centuries after it transitioned from being an authoritarian of classical art- after Peter Paul Rubens contributed to the Flemish Baroque movement and Anthony van Dyck emigrated to become the leading court painter in England- Antwerp today still continues to be a cradle of creativity. From fashion and textiles to its culinary panorama, decadent design seems to originate from the city that historically was once the center of the entire international economy.

No finer example displays the marriage of engineering and imagination, vintage and contemporary than the former chapel that morphed into a gathering spot for those who feast with their palate as well their eyes. The Jane, steered by chefs Sergio Herman and Nick Bril, exemplifies the description of modern fine dining. The duo collaborated with some of the best visionaries, the Piet Boon Studio from Amsterdam and PSLab from Beirut, to conceptualize their ideas. The end result: a restaurant-cum-art gallery. Anyone who has said that daydreaming is a waste of time, it’s because they don’t dream right. Confirming an available table? Probably not, but if you’re lucky, you just might. | Giuseppe 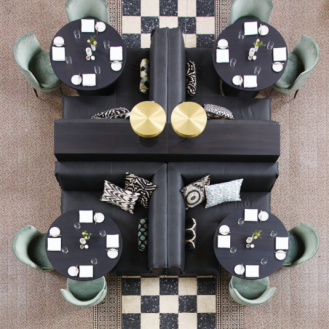 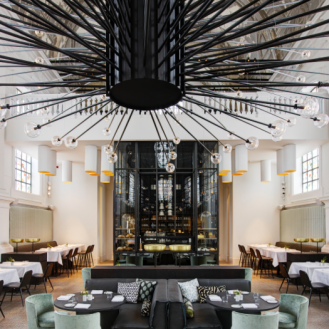