For the latter part of 2014, designer Ms. Carolina Herrera disclosed her latest page from her volume on elegance. An amorous poet of visual precision, she’s an artist who evokes romanticism and dictates refinement to her audience. Evident that it was written with fashion’s version of a fountain pen, the collection’s calligraphy is of proper style, a display of contoured silhouettes and rich textures.

It would be amiss to not realize that every season a motif makes an appearance in Ms. Herrera’s pieces. In this collection, there’s an indication of nostalgia and geometry- hourglass, mountain and abstract- with almost a vague reference to classical years. Subliminally, the color palette proves the same with hues of brick, antique brass, slate & copper. Two attractive looks were the stellar brushed wool coat with the matching dress (picture 9) as well as the copper cashmere and turquoise enamel coat paired with a matching top and skirt (picture 18).

One’s focus shifts from embedded alligator appliqués to sable collars to embroidered necklines, examples that a restrain in design can be just as alluring. A blast of exuberance comes in an array of firestone colored pieces- dresses to gowns- not only commanding attention, but also adding energy to the darker mood.

And while yes, the collection mirrors the designer’s philosophy on public appearance, it can also be safe to say that it makes ladies take a second look in the mirror… Confirming why she’s one of the doyennes of Mercedes-Benz Fashion Week New York City. | Giuseppe 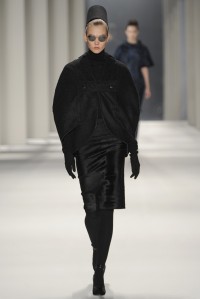 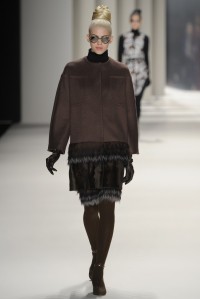 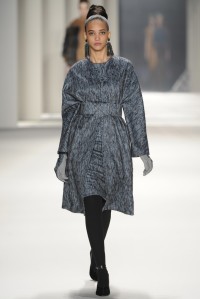 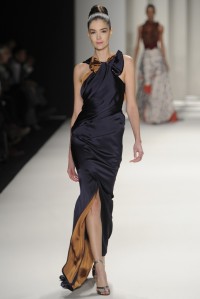 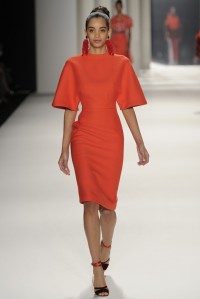 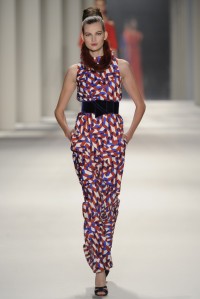