Sticking to the program of discussing venue before clothes, this season Ralph Rucci opted to show in his palatial new showroom on West 26th Street. The upside was that one could reach out and touch the clothes & get very personal with them, the downside was that the audience was abbreviated from its usual huge grouping that assembled at the tents. The drama gets dialed down, but the ability to really see the clothes, albeit briefly, was quite an asset to both designer & viewer.

As a veteran of Mr. Rucci’s collections & shows, I have come to see that these clothes are very evolutionary & that without question, the devil is in the details. If one only sees these clothes on the superficial level, so to speak, he would miss so much of what these creations are all about. He might not see the little slit on a pant leg, the occasional asymmetrical hem line, the serpentine insets, the width of a pant leg, the snaking zippers or the slightly eased edges of the clothes in general. This is to say that Mr. Rucci has retained the laser sharp finish that is integral to his clothes, but he has also slightly blurred the edges which for some reason created a younger feel to them without having changed his DNA or vocabulary. By the way, that’s a herculean task of neither diluting nor sacrificing!

The opening segment of dresses was amazing in both breadth & variation; each dress carried a piece|word of the Rucci vocabulary, some slightly & some more abundantly, but every one of them distinctively his. The coats & jackets were classic Rucci, but again slightly softened. There was even a “suit” jacket with a cape effect that was spectacular in that low-key Ralph Rucci way. The novitiate might not catch the nuance of the fabrications that are used here such as the incredible beading techniques to a leather devore to the unbelievably almost gossamer weight furs. Under an amazing black ermine, Ralph snuck in a fabulous surplice black crepe top and pants that can only be described as so wildly understatedly chic & timeless. There was also an iced orchid cashmere mini group, which was incredibly luscious.

In the end, this was a collection that was not as dramatic as his usual fare, but certainly it never veered far from home base. All of it was shown with perfect coordination & the most tasteful of Blahnik shoes & boots. Ralph is one of the very few who allows his clothes to speak for themselves without the help of gimmicks & trends that flood runways all over the world. That quality is what sets apart a master from a mere worker… take that in any way that you want! | Jeffrey Felner 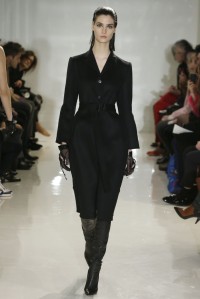 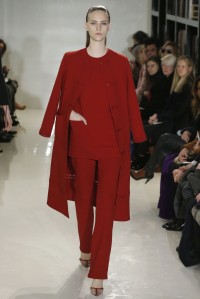 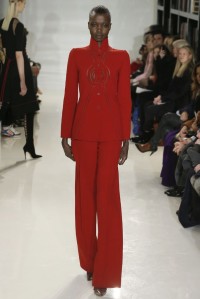 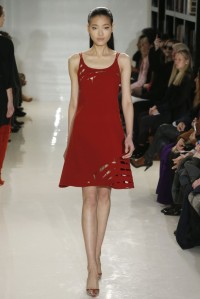 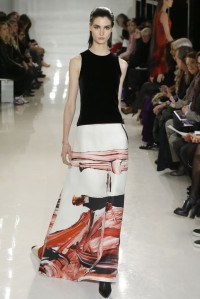 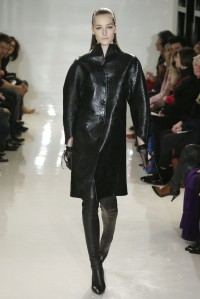 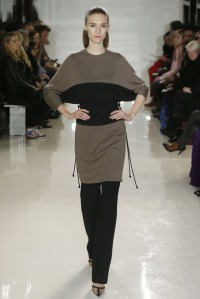 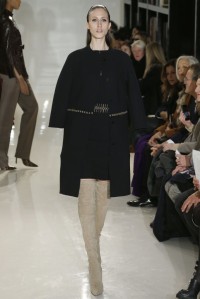 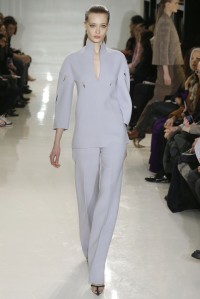 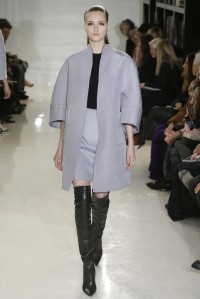 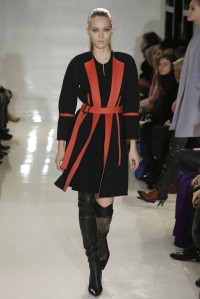 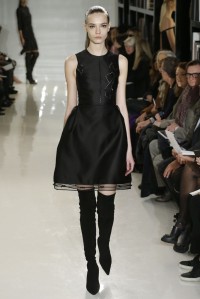