For Autumn|Winter 2013, Gareth Pugh abandoned his omnipresent black (as well as black leather), opting for shades of grey from charcoal to dove to a pewter-tinged beige. No sculptured silhouettes this season; instead, Pugh focused on texture: ribbons fluttered down the runway or were woven into fabrics. But the emphasis this season seemed to be on spectacle rather than substance- on the models versus the collection. Models went down the runway with heavily powdered faces, eyes rimmed in red, and feathered crowns reminiscent of past seasons of McQueen. However, it lacked the exuberance of McQueen (and of Pugh himself) within the collection.

True, it seemed Pugh was determined to share his post-apocalyptic vision (by definition at odds with exuberance), but the drama and vitality of past seasons (such as Spring|Summer 2012, with its bands of black leather) were completely absent. And one suspects it was sorely missed by many. The palette may have been partly to blame; a number of looks seemed to fade into oblivion. One hopes that next season, Pugh will return to the wonderful creations that he does so well. | Katja Anderson 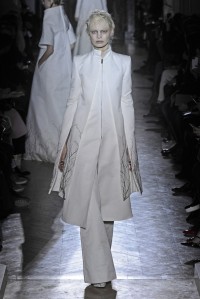 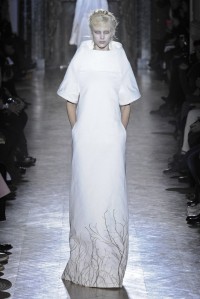 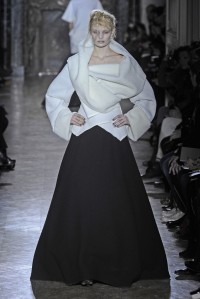 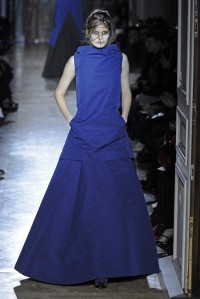 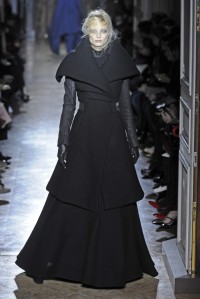 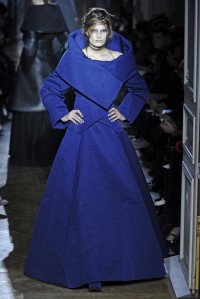 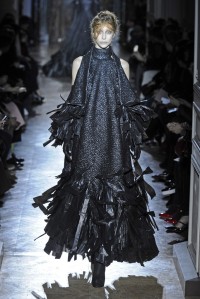 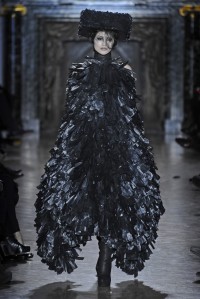