For anyone who is a history devotee or just has an affinity for the transformations of travel, the Orient Express has always been one of the many highlights. Known for being the epitome of prestige & intrigue, it was the primary carrier of kings & celebrities voyaging throughout Europe in the early 1900s. Then in 1977, massive changes occurred & some routes were shortened. The fabled train lost its spirit…

But after purchasing two of the original Orient Express carriages at an auction in Monte Carlo, rail enthusiast James Sherwood decided to resurrect the fallen beauty. This time, her name would be the Venice Simplon-Orient-Express. After investing $16 million, thirty-five vintage carriages were located, purchased & restored.

Today this Art Deco icon zips through the exquisite landscapes of Europe, running free from the jaws of modernization. A moving time capsule itself, the Venice Simplon-Orient-Express allows for its passengers to experience the more gracious, elegant age of travel. Every carriage is once again in its former glory to create one of the world’s finest & most unique travel experiences; all of them having an individual & distinct memoir, from carrying royalty & being shot at during World War II to inspiring Agatha Christie to write Murder on the Orient Express.

Rich in history & draped in elegance, the legendary Venice Simplon-Orient-Express is a priceless jewel. Romantic, adventurous & with style, it transports you to the continent’s most alluring cities. Dubbed as “The World’s Most Romantic Train Journey,” passengers can go from London to Rome, Paris to Istanbul in a total of 62 departures. It has a dress code. Only smart, elegant attire is allowed once you have stepped inside. Passengers are forbidden to wear jeans, T-shirts or tennis shoes. Casual is a sin.

Whether you’re celebrating a birthday or are in the midst of your honeymoon, this is what unforgettable memories are made of. Propose to a loved one on board or just simply enjoy the air of luxe; the train may also be privately chartered to virtually any European destination. Having been an Honorary Member of the Relais & Chateaux since 1986, the Venice Simplon-Orient-Express’ impeccable personal service is unrivaled. With a staff of 40 on board- chefs, waiters & compartment stewards are from Italy, France & the UK- it is equipped with all the little joys of life. Sit, dine, drink or shop. 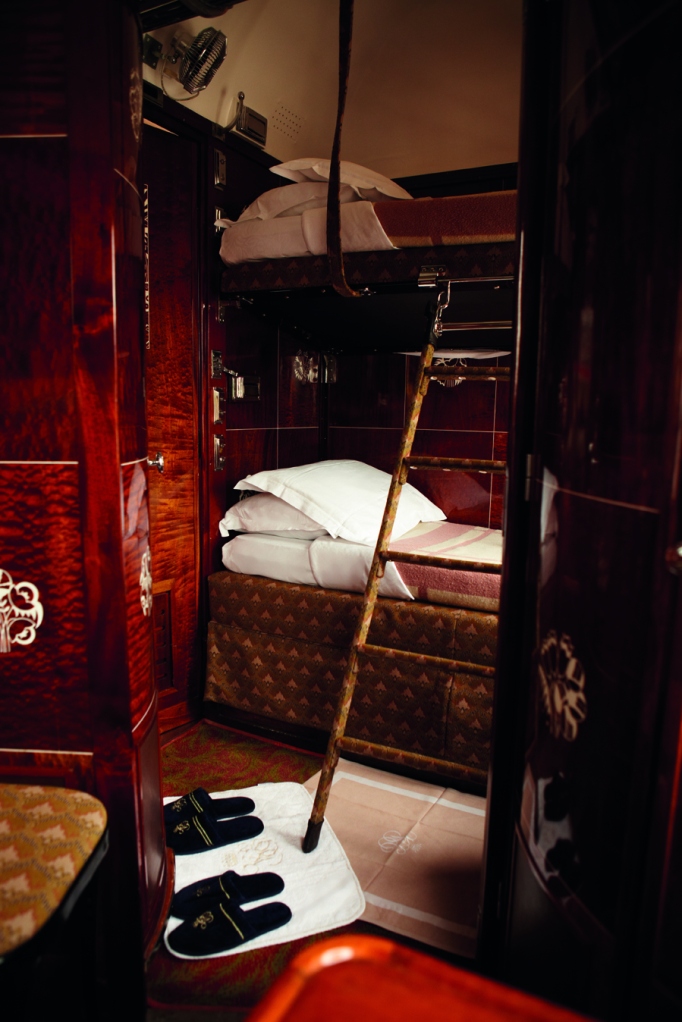